This past Monday was Memorial Day. I decided, on that morning, to make the hour-long drive with my wife back to the suburb where I lived for 21 of the first 25 years of my life.

This was a choice of mine, and here is the reason.

Two years ago, we made that same drive, and it was then that I realized how much the park where they have their local Memorial Day festivities had changed since the time that I lived there. For example, back then, there was only 1 Little League baseball field, with a huge open space next to it. Now there are 2 somewhat larger Little League fields. The original concession stand was torn down, and sometime around the year 2007 or 2008, and new concession stand was built closer to the baseball fields. They chose to name it the “Home Plate Grill”. Just outside the “Home Plate Grill”, the suburb had a small monument erected and dedicated, in 2011, to those servicemen who had lived in the town and had served in our country’s military, along with the wars that they served in.

When I saw that monument in 2012, I thought that the names on the monument were of only those servicemen who did not return from the war that they fought in. I later learned that this was not the case. Since my father was in the navy and had served in the Pacific Theater of World War II, I thought that his name might be on that monument. It wasn’t, but I found out from a member of the Veterans of Foreign Wars that names can be added; however, this monument gets updated only once every 10 years.

The monument honors those who made the choice to serve our country.

In job-searching, just as in our everyday lives, we make choices. Some of the choices that we make turn out for the better, some don’t.

Memorial Day, 2014, has come and gone. I hope that, in future Memorial Days, we continue to choose to remember those who made that choice to serve our country, especially those who made the ultimate sacrifice, so that we can freely make more choices.

Dave Vandermey is a web developer. 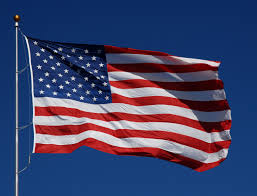 On Memorial Day, a heartfelt Thank You to our active duty military personnel, their families and all our veterans. We remember those who made the ultimate sacrifice.

Have a lovely holiday and I’ll be back to regular job search blogging next week!

Kimberly Hanes is a writer with a passionate love for words and ideas and extensive experience in business communications and event planning.